Businesses based here are being hampered by the lack of availability of global payment systems, a Chamber survey has confirmed.

Responding to member concerns about issues with electronic payment platforms, Guernsey Chamber has carried out a wide-reaching survey and analysed the results. It has confirmed that a number of local businesses are experiencing difficulties or a lack of availability of these essential global systems due to issues around the local jurisdiction and that the issue is stifling their operation.

‘The survey found that more than half of the businesses which responded reported issues with the lack of major international market leader payment systems such as Stripe and GoCardless,’ said Chamber Vice President Diane de Garis who initiated the review after hearing members’ concerns.

While Paypal is still currently available and used by many as another choice, Chamber is aware of organisations being offboarded by this system and one of the reasons behind this initiative from the business organisation is that there is concern about the stability of this offer for many others going forward. It is also a more expensive platform.

The survey helped to identify which platforms were ideally required by businesses and what impact the lack of these was having on their operation.  As an example of feedback received in addition to the survey answers, one business stated: ‘Stripe not providing access to Guernsey customers is seriously affecting my businesses’ ability to grow and get much needed revenue lost during covid lockdowns – I was down £35k in 2020 and likely similar in 2021.’

Responses showed that local businesses feel they are working at a disadvantage to those throughout the EU and UK which have straightforward and secure access to the global systems. Some have navigated their own way to enable payments with specially created options but these are more costly and restrictive.

‘Payments options such as Stripe and GoCardless are universal and, in many instances, integrated into other business systems so it would not be effective for the island to try to create or adopt its own approach – we need to facilitate use of these global avenues for our local businesses,’ said the Vice President.

While many of the businesses who completed the survey are currently using Paypal or online banking, almost all expressed a need for Stripe and GoCardless in particular, with Shopify and ApplePay also seen as helpful. The organisations reported that their costs were higher a lack of the global payment platforms. A third of respondents said that business expansion and operation were being negatively impacted and the restriction was creating online trading difficulties and a rise in admin.

A recurring message in the feedback areas was that investigating options and dealing with off boarding had taken a substantial amount of time and resource. ‘After weeks of discussion with several suitable billing and invoice systems that we could use with our website, I was told that because we are based in Guernsey we were unable to use them. We use Recurly as it was the only option that worked with Sagepay which is available in Guernsey. This is an older system which has limitations. This limited choice makes running an online business from Guernsey more complex, costly and new development and growth takes longer.’

Chamber will proactively work to assist businesses with resolving these issues and is also engaging with the Committee for Economic Development which has expressed a willingness to help address the problems. 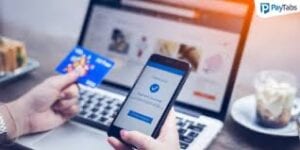 Page load link
Our website uses cookies. Here is more information. If you agree to this, just keep browsing. Ok
Go to Top